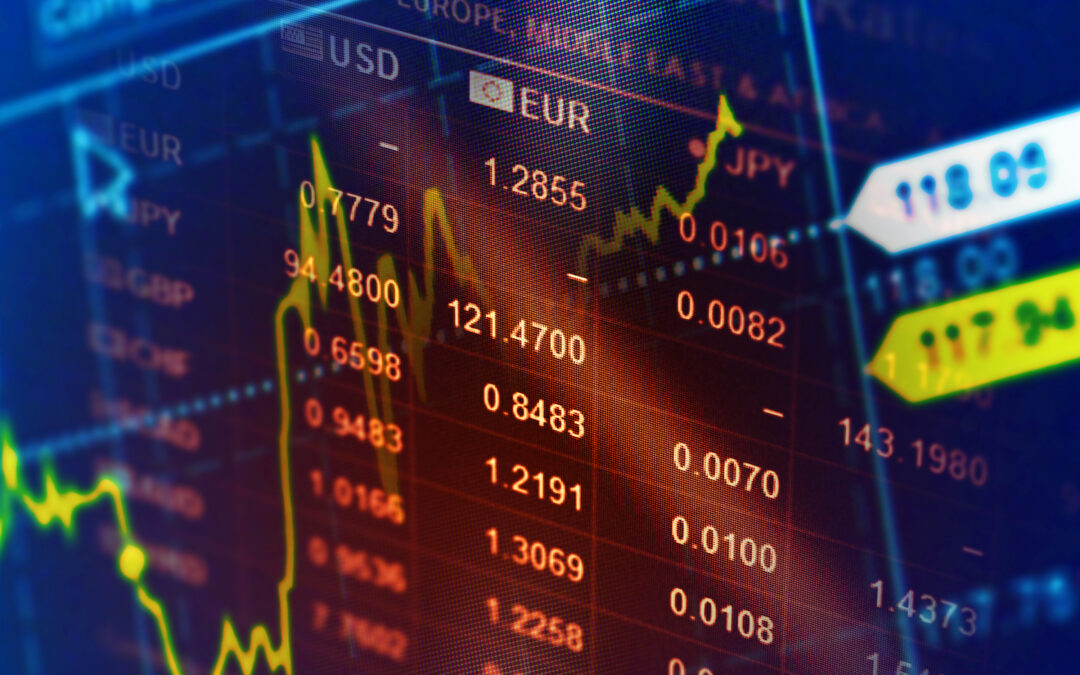 Select US stock indexes added more gains in September in a year that’s already been bright for US equity markets. The Dow Jones Industrial index led the way higher and, now clings onto gains close to 8% for the year. The S&P 500 index also made gains in its ranks placing this year’s performance near 9%. Slipping in September were indexes dedicated to technology and small-cap stocks. Still, both the NASDAQ and S&P 600 have swelled to respective year-to-date gains of about 16% and 11%.

A significant change in sentiment for US stocks is occurring right now. Six-months ago, the lead held by the S&P 600 over the S&P 500 resided somewhere in the neighborhood of 9%. That lead has recently narrowed to just north of 1%. The S&P 600 has managed to retrace about 4.5% in a matter of one month.

International trade uncertainties could have something to do with the retracement. When trade worries were at their most elevated levels earlier in the year, investors flocked to companies domiciled with greater domestic cash-flows. Since then, rotation back into US large-caps has become permissible subsequent to some significant trade-gains conducted by US policymakers.

A tit-for-tat tariff war between the US and China, however, is still an unresolved issue. Stock markets of Indo-China are clearly affected by this uncertainty. China’s Shanghai composite is off 15% in the year. The Sensex index in India has fallen 5.7% in one-month erasing some of its prior year’s gains. Singapore’s FTSE Strait Times index has accumulated losses of 4% this year.

Weakness in emerging-market stocks could present a buying opportunity for some investors who exhibit the right risk-appetite. Certainly, the future outlook for trade-negotiations is unclear. But if future resolutions turn-out better than expected, that could act as a catalyst for emerging-stocks and a gain for investors who were willing to dollar-cost-average into their investments.

“US AND INTERNATIONAL STOCK MARKET DIVERGENCE CERTAINLY HAS INVESTORS WONDERING ABOUT US STOCKS.”

A trade highpoint in September was some progress for North-American trade-reform. In the last few days of September, Canada followed Mexico’s suit by finally settling on a trade-compromise with the US. The Mexican stock index held-on to its three-month advancement of 4.2% subsequent to the trade-terms agreed to by Canada. The fact that Mexico didn’t sell off after the North American trade-reform seems positive for the region. The Canadian S&P/TSX composite index, however, hasn’t reacted as positively. It is off 1.4% in the last three-months.

Across the pond, there is a mixed-bag of European stock indexes. Renegotiations of future trade-deals stay in the dark. Plus, some of Europe’s economies are growing while others are muddling through. The BREXIT overhang also remains a burden for the developed economies in the region. The UK FTSE 100 index is down 2.3% this year, but recently benefited from some positive economic news. Germany’s DAX index continues to lag-behind, relative to other regional peers. France’s CAC 40 index has outperformed in Europe with gains of 3% this year.

US and international stock market divergence certainly has investors wondering about US stocks. Specifically, some investors are contemplating the lifespan left in US stocks in an already old bull market. Unfortunately, cyclical-sector rotation theory isn’t offering many clues.

Is it possible that there is another story in today’s stock market besides an aging bull-market (like the availability of jobs in the economy, for example)? Keep in mind, the US economy has come out of one of the deepest recessions experienced in modern history. Perhaps old investment philosophies designed for market-timing a cycle’s age are futile. International stock indexes are definitely operating in a different environment, that much is clear. Regardless, global diversification seems to be increasingly important in today’s market.

September was a mixed month for investment markets. Equity investment averages representing large-cap stocks performed well. In opposition, smaller-cap stock averages retreated. No one can ever be certain about how the future investment-tides will flow. That is why diversification is so important and wealth should be viewed in context of an entire portfolio, which is a key focus for our Core Allocation portfolios. The Core portfolios slightly slipped last month. They were weighed down by selling pressures from smaller-stocks and hard assets. However, a greater number of buyers advanced larger-stocks and even emerging-market bonds. Performance in those areas helped mitigate lesser performance in other areas. Despite last month’s minimal set-back, the Core Allocation strategies are well ahead of their benchmark, Morningstar’s World Allocation, this year.